Jeffrey Kamikow is a mobile marketing executive who has worked in the media and advertising industries since the early 1990s. 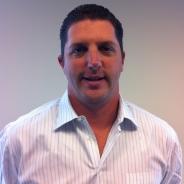 Over the course of a storied career marked by plenty of high points and several “can’t be done” corporate turnarounds, Jeffrey Kamikow has developed an impressive range of competencies, from mobile ad network development and expansion, aggressive revenue execution, brand turnarounds and re-positions, corporate management restructuring, and a host of legacy and cutting-edge integrated marketing techniques.

Jeff Kamikow’s career began before the digital advertising age properly began. He first career-track position came at PC World magazine, where he served as a fast-rising account executive during the height of the personal computing revolution. In the mid-1990s, he accepted a position with Ziff Davis, the publisher of blue-chip tech publication PCMag. At PCMag, Kamikow took on successively greater responsibility in Los Angeles, Chicago and, finally, the New York City area, where he served as East Coast Corporate Sales Director. (In fact, his territory covered much of the Midwest and Great Lakes regions, as well.)

After leaving PCMag, Kamikow worked for about a year as a publisher for a small computing trade publication. Although he enjoyed the experience, he was enamored with the rapidly growing field of digital marketing and resolved to make an early, lasting impact on the space. In 2003, he did just that, accepting a position as National Advertising Director (and first true digital marketing guru) for Time Inc’s Field & Stream and Outdoor Life magazine properties. Kamikow architected Time’s first online marketing and outreach strategy, building a virtually nonexistent revenue stream into a $5 million firehose in less than two years — and pointing the way forward for Time’s subsequent Internet advertising efforts.

Jeff Kamikow left time in 2006 and accepted a transition VP of sales role with Pulse 360, an ambitious but troubled marketing firm. Within a year, he had been named president of sales and operations and was enmeshed in a breakneck effort to rebuild the firm. By the end of the decade, Pulse 360 was pulling down more than $55 million per year.

By 2011, Kamikow was hungry for a change. Enamored with the possibilities of mobile marketing and committed to upholding his reputation as a marketing and branding innovator, he took on a leadership role with Verve Mobile later that year. In 2013, he accepted a position as chief revenue officer with Lyfe Mobile in 2013, where he assisted with its complex and ultimately successful acquisition by BlinkX.

Although Kamikow’s work with Go2mobi takes up a substantial amount of his professional bandwidth, he also devotes tremendous effort and attention to Kamikow Media Group, an independent consulting firm that he founded as a vehicle for the ambitious “elective” projects that keep him connected to digital marketing’s cutting edge.
Jeff Kamikow was born in Chicago and graduated from Southern Illinois University’s undergraduate program. He currently lives in northern New Jersey with his family. When he’s not working, he’s likely to be found on one of his home state’s many beautiful courses or practicing his tennis swing with friends. He’s also heavily involved with his son’s youth baseball career and is proud to have led his club team to victory in a local championship series.